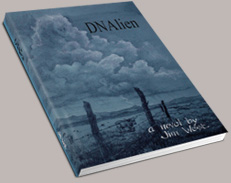 DNAlien tells the intriguing story of a top-secret government program that planned to create a new form of life by combining DNA taken from alien bodies with a normal human embryo. Taking place within an ultra-secret facility hidden on the Naval Air Station Joint Reserve Base located in Fort Worth, Texas, success ultimately occurs. Years ahead of their civilian counterparts, the military and government scientific personnel finally hit upon the magical combination of alien DNA and human embryonic tissues that result in a being that hopefully will posses the traits desired from both sources.

As a result, the creature Gene (Genetic Embryonic Nucleus Enhancement) grows under the strict observation of a small group of individuals assigned to the Fort Worth base. His existence is so closely guarded only a few very high-ranking officials (including the President of the United States) are aware of him and the program. Things turn serious however when Gene escapes from the facility and tries to avoid the massive clandestine search for him during the worst terrorist attack on America… the days following 9/11! Will Gene be recovered soon or is it all too late? Read the book to find out. 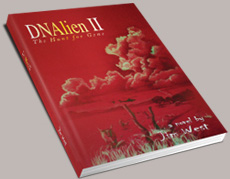 DNAlien II
The Hunt for Gene

What can a genetically enhanced being do to escape and hide from the government?

From author Jim West comes the sequel to his sci-fi novel, DNAlien. He continues the action-adventure in this suspenseful chase that follows GENE as he escapes and hides in Texas. Accompany him as he meets new friends who will keep him safe and as he finds a new love that he needs to protect. Follow the hunt for Gene in DNAlien II.

A secret government program has developed a unique being from experiments with alien DNA and human embryos. This genetically enhanced being is known as GENE (Genetic Embryonic Nucleus Enhancement). But during the World Trade Center attacks, Gene has escaped – and is befriended by Butch of Texas. The US government mounts a nationwide search, but Butch does his best to hide Gene. With the help of Butch’s close friends, Gene avoids being captured by the government despite the government’s efforts of finding him. They have used every asset at their disposal – satellite coverage, phone taps, vehicle trackers, and transmitters – but still, Gene is kept in a safe hideout.

But things get more complicated when Gene meets Leslie. As Leslie becomes pregnant, Gene and his protectors must double their efforts to develop plans that will keep them all safe. But how long will they be protected in their safe haven? Read on to find out. 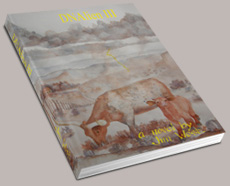 Those who have enjoyed and thrilled by author Jim West’s first two books of this series will experience another suspenseful and action-packed sci-fi adventure as he releases the third installment, DNAlien III.

As the hunt for Gene continues, things became more complicated when he met Leslie and got her pregnant. Now that their baby is born, Gene and his protectors must face a more delicate and complex situation. As the net tightened, plans that were started months ago during one of his protectors’ trip to Del Rio must suddenly be enacted. Discovery of Gene, Leslie, the newborn, and Kevin was passed to the facility beneath the Naval Air Station/Joint Reserve Base (NAS/JRB) and dramatic measures were soon to be taken to regain Gene and the rest of those having knowledge of him. Kevin must quickly get the family unobserved to safety, hopefully, with Butch’s friend in Del Rio, Texas. But what fate awaits ahead of them?

Uncover more surprises and thrills as the whole story unfolds in DNAlien III! 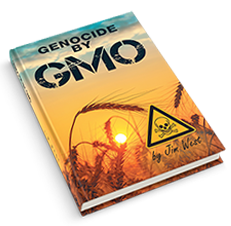 Jim, a PhD molecular biology student, stumbles across a patented barley GMO that appears to have disappeared without any testing. His girlfriend, Maria, working on her masters degree in archaeogenetics, discovers a dramatic and unexplained drop in the birth rate of a small African nation.

Further research and assistance from friends and professors at the university lead them to the conclusion that a major agricultural company may be involved with supplying the barley that appears to be the cause of the population decline.

Discovering that a local branch of the agricultural company has been deceiving him and monitoring his activities, Jim and Maria must take measures to prevent discovery of the extent of their knowledge.

Finally finding the connection among three companies in Africa and the United States, along with a similar GMO that caused sterility, they must now prove the treachery and stop the genocide before an entire population disappears. 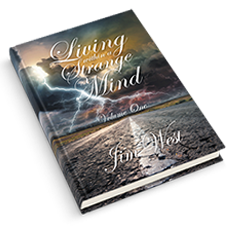 Living Within a Strange Mind Vol. 1

The verses contained in this book were written over a long period, covering most of my adult life. And though they may sometimes not be pure in symmetry, meter, and are usually flawed compared to correct poetry, Ive written what Ive felt.

Im sure everyone has had these feelings at one time or another. Sometimes it helps to write down what you are thinking to preserve those memories. Time has a way of fading both the joyful and the sorrow, but being able to read your thoughts from long ago refreshes the memories. 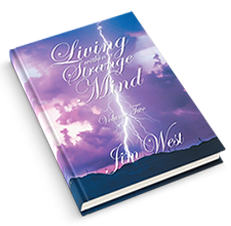 Living Within a Strange Mind Vol. 2

Anyway, I suppose you read volume 1 and just wanted to see what else was rattling around in the vacant areas of my head. However, you came to be holding this book. Im glad you are, and I hope some of the little verses within will touch you or bring back a fond memory.

As always, keep your mouth closed, your mind and your ears open, and smile at life as if you hadnt a care in the world. Life is easier when you refrain from stupid things. And its sometimes, but not always, hard to do stupid things when you keep quiet and pay attention to those around you. 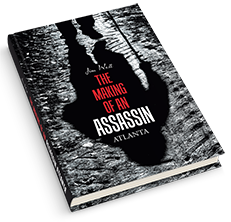 The Making of an Assassin Atlanta

Throughout his first two tours as a recon marine, Jim learned firsthand how cheap human life was. Following the almost-complete annihilation of his team on a small insignificant hill, Jim was noticed by a very senior officer who decided that he was worthy of special attention.

After completing a program to become a marine pilot, Jim returned to Vietnam one final time. Returning home and nearing the end of the war, Jim was recruited to join a very special group that worked covertly to assist a high-profile security firm known as Black Water.

That group, Dark Water, performed numerous clandestine activities that the parent company couldn't afford to be associated with. For the remainder of his time as a marine pilot, Jim traveled around the globe, following the directives of this secretive group known only to a very select few.

When his time with the marines came to an end, he was again advised by the same senior officer who had made possible his becoming a marine pilot and admission into the Dark Water group to apply to the airlines as a pilot. After being hired by American Airlines, he was given the opportunity to continue to assist Black Water with another covert group that functioned only in the continental United States. That group was simply known as Muddy Water. 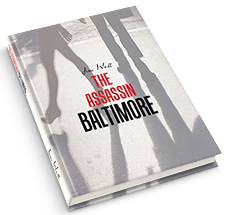 After retiring from the Marines and joining American Airlines as a pilot, Jim Lashley became an assassin for the domestic side of the Black Water group that worked solely within the United States. Contracted by various government agencies as well as civilian corporations, Muddy Water resolved issues that were counter to the interest of the government or the company that contracted Black Water for their unique skills.

Protecting the members of the company from discovery was paramount to ensuring success. Each operation was meticulously planned, and the final solution only authorized after every attempt at resolution had been exhausted. Then the best members of the organization for each assignment were sent in to resolve the issue. This usually resulted in an assassination.

Jims position as an airline pilot allowed him to crisscross the United States with relative immunity from scrutiny as he worked with other members of the group that performed the operations. After years spent in eliminating combatants for the government, the transition to the removal of civilian targets for the same government was relatively easy. 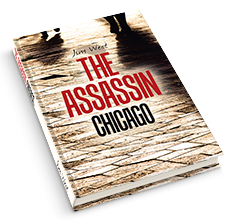 The drug and gang violence in the city of Chicago has finally risen to the point that something must be done. The usual law enforcement agencies have had their hands tied by liberal governmental policies and a corrupt system that is unable to administer justice.

Black Water is called in to resolve the problem in ways that could never be approved by elected officials or established agencies. The task is to remove the top five gangs in Chicago and destroy their hold on the drug trade and the violence it brings.

Muddy Water, their covert domestic enforcement arm, is tasked with the mission. As always with their clandestine operations, failure is not an option. Neither is the discovery of the company's involvement.

After over a year of gathering information on the leadership of the gangs and planning how to eliminate them, the assassins are brought in. 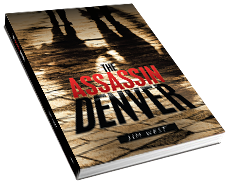 After Hua Mulan, a high level virologist from a government controlled biological laboratory in Wuhan, China, defects, the Black Water organization is tasked by the Department of State with getting her safely to the United States so she can testify regarding the bio-weapons programs the Peoples Republic of China (PRC) is developing.

After being brought to America by Dark Water, Black Waters covert international enforcement division, she is turned over to the domestic division, Muddy Water. General Gene Barker, former commander of Marine forces in Vietnam, calls in Jim Lashley, a former Marine Long Range Reconnaissance Patrolman and later an F-4 pilot flying missions in Vietnam, to take over safeguarding the lady.

Knowing that the PRC will eventually determine that Hua is missing and will be sending someone to eliminate her before she can testify, Jim is faced with an almost impossible task. To keeping an unknown assailant, or assailants, from killing her or anyone in their path, Jim has to develop plans to draw out them out and eliminate them before they can do so.

Once he determines who they are, he must also convince them that Hua is dead and wait for them to report back to Beijing before he eliminates them. As all of his well laid plans start to crumble, Jim is forced to enact some controversial methods to save Hua while ensuring that no further attempts will be made on her life.